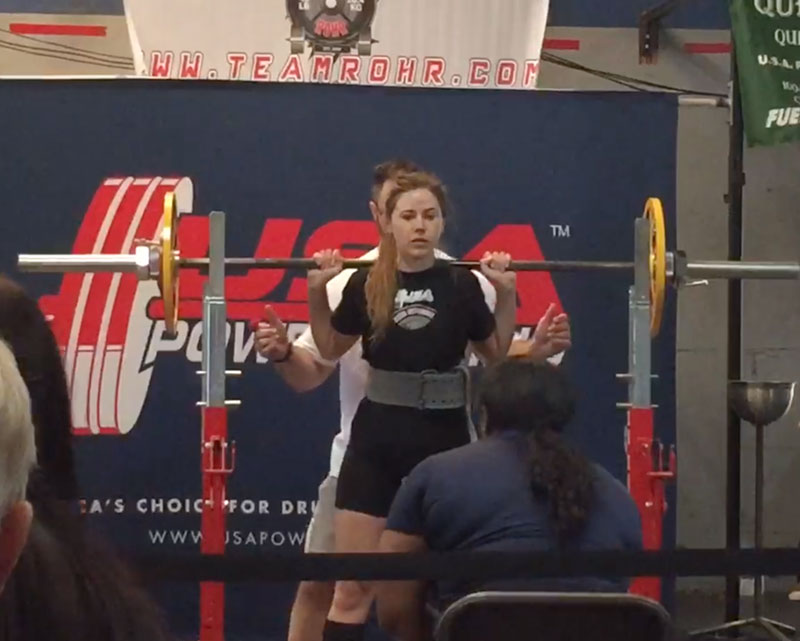 I was surprised by the reaction I got nearly every time I talked about competing in my first powerlifting meet. The initial commentary tended to run along the lines of, “So you’re going to get a spray tan and go on stage wearing one of those fancy bikinis?” Uh, no. It has since become clear that the distinction between powerlifting and bodybuilding is commonly not understood. With this article we’ll run down powerlifting vs bodybuilding to straighten that out.

Here are the differences in a nutshell:

To further distinguish powerlifting vs bodybuilding we’ll go into more detail on powerlifting.

In powerlifting, the goal is to maximize a lifter’s one repetition maximum for the squat, the bench press, and the deadlift.

Powerlifting meets revolve around lifters performing each one of these lifts in the aforementioned order.

During meets a lifter has three attempts at each lift, allowing lifters to adjust the weight for the second and third attempts upwards if desired.

At the end of the competition, the best attempt for the squat, bench press, and deadlift are totaled. This total determines the lifters who place in each weight class.

For anyone curious about the details on regulations for meets, check out our article on powerlifting rules.